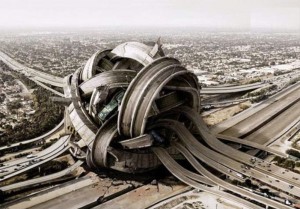 I was born in Ogden, Utah in 1950. What I came to know about cars was both exciting and frightening.  World War II was over and my dad, Van, had a dream like most men did after serving and that was to live out the American Dream or in this case create it. But he needed a car, so he bought a 1948 Ford and painted it Red, White and Blue. The roof was repainted with red and white stripes from front to rear with a blue body. He was cool, married with three children and on his way to success.  For every 1000 Americans we had just about 325 cars.  Cars were getting more powerful as men were looking for better times and the women were ready for families and peace.  I was not around for the 40’s but we all know it was a time of fear and inhumanity.  After the war America felt we were great and our way of life was the best in the world.  In 1950 gas was 18 cents a gallon, a new car was 1,500 bucks and a new home was well under 10,000.  The middle class could make payments so the 50’s were a great time for many people to get well into the middle class. It seemed magical with Disneyland opening up and the World’s Fair showing us the future of flying cars and leisure time.  Any one born in those times remember it as a great time. Three more kids were born and now the Van Batenburg’s were living the dream. Van was selling used cars at his car lot, Shirley (my mother) was raising six kids in Ogden, Utah. By the end of the 50’s the dream was coming apart for me. The cars were growing fins, getting faster, getting bigger and heavier and V8 engines were the most popular choice. President Eisenhower was getting a highway bill pasted in Congress that would create the Interstates. Cities were getting congested andwe were off to the suburbs in our 10 mile per gallon Buicks.

No wonder we need HEVs now