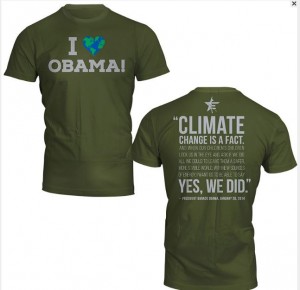 Love him or Not, Obama supported the US Auto Industry, Electric cars and clean energy.

Will the new administration make it harder for an American shop to be successful in the hybrid or plug-in market? I have stayed away from any mention of President Trump so far in regards to my business dealings. So why bring it up now? I received a call from a shop owner named Larry in the mid-west that asked me that question. It was a thoughtful discussion. I didn’t ask who he voted for. We first talked about President Obama and his policies about MPG, CO2, EV’s, renewable energy and so on. I stated that the last administration took good care of my family, my interests, my community and ACDC thrived during a tough economic time. Larry was afraid that now may not be a good time to add hybrid and EV’s (he was already in the process with a charging station installed and some training). The call was over 20 minutes long (During a busy day for both of us). We agreed that no matter what, electric cars were here to stay and hybrids are mainstream now, even in southern Illinois. The EPA is considering easing up on CO2 pollution. The fuel economy federal standards may be pushed back. The $7,500 EV tax credit may go away. Gas prices may stay low. Doesn’t this all sound like the hybrid and especially the EV market will collapse? Here is what I have seen since mid-January; sales of the new Bolt are doing well as is the Volt. Tesla 3 still has about 400,000 pre-orders. The Leaf is moving slowing with a new model coming soon. The RAV4 HEV is a hit and Prii seem to be everywhere. The Ford Fusion HEV and PHEV are selling as well as ever. ACDC is still setting records for classes taught in one year and our overseas business is booming. People like these cars. EV’s are fast and quiet. Presidents come and go. Ford is using aluminum for the F150 and adding more fuel efficient cars and trucks every year. GM is totally committed to high voltage cars and Toyota continues to make good plug-ins like the new Prime. The Hyundai Ioniq HEV beats the Prii in MPG. Who would have thought that would happen. Do I like the changes in Washington D.C. in the world of environmental issues? Not at all, but the products are here and they are selling so don’t worry. In a few years things will change again. Yes, the political weather has changed (for now) so dress for the weather. Don’t get caught leaving your hybrid and plug-in customers out in the cold. They need you and want you to succeed. Don’t let them, your employees or yourself down.