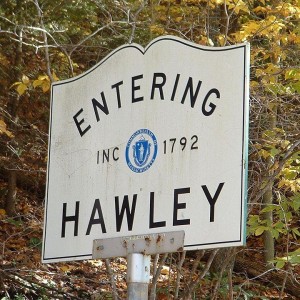 I have lived in this state since 1963 when I moved from Utah. It has become a home to my wife, sons and many friends. To the east of Worcester is Boston about 40 miles away filled with people, cars and buildings. To the North are mill towns, forests and hills. Not too many people and a beautiful drive. To the South is one expressway that heads to Connecticut with mostly flat land and a haven for commuters that work in Worcester, but head west and you will find a part of Massachusetts that few ever really explore. In 1991 Deb and I had been married for a couple years and no kids. We decided that a chapter of shops from all over our state would help improve the automotive industry. Van Batenburg’s Garage was a member of the Automotive Service Association (ASA) based in Texas.  There were a few members scattered over the Bay State, so we decided to hit the road. After a couple years of enrolling shops with the idea “we were better together”, a chapter was officially formed.  That was in 1993. It changed everything. It was all volunteers, so naturally I was the president for the first 3 years and Deb was the VP. We had meetings from Boston to the Western towns, brought in nationally known and local trainers. Had events and a yearly weekend conference. This was all before twitter and Facebook, pre computer and internet. This was face to face and fun. It did not last. Once Deb and I became parents, leadership changed hands, ASA national had some issues, and eventually the chapter ended but the friendships remained. Many shop owners moved into the training business and many techs took over the shops. This a normal progression but this ASA chapter was special. Some “carpet baggers” from out-of-state came calling, but shops saw them for who they were and the shops in Massachusetts have been better off ever since.

A few days ago a man passed away that came out of that era. His “nick name” was Scooby. Dave DeCourcey was only 56. He was just a kid when I met him at a meeting in the mid 90’s. Skinny and smart. A tech at that time if I remember correctly. Later on his desire to help others was evident. He did mobile repairs and moved onto diagnostics. It was at a CAS meeting that he met Rick O’Brian that would become a close friend. Dave heard about Jim Linder when Doug Garriot came to Massachusetts and set up a booth. Vision in Kanas City was called Vision 2000 back then and as another ASA chapter event, it again was this great ASA group of shop owners and technicians that got together and headed out there. Dave became a well known and loved automotive technical trainer, but Dave was also a great part of an old chapter in the history books. Dave will be missed my many in this industry. And long before ASA was here, almost 25 years ago, Dave had his support in his family and friends.  Today Deb and I will go to see his wife and kids. It is his wake in Spencer, Massachusetts. It will be a sad 20 minute drive.

So what does all this teach us? Life can be short, follow your dreams, join your local trade association and pass on what you know.