When a Customer Sues a Repair Shop

Sometimes you do something in business that can’t be repeated or duplicated but the story lives on just because it was so unique. At Van Batenburg’s Garage such a story happened. A woman brought in her car and it had, as we say, “hit everything but the lottery”. We 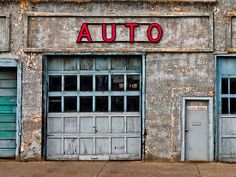 put it up on the lift and assessed the car. It had problems. I asked the woman for a $500 authorization knowing the work would be at least that much. She signed on the dotted line and left. Once the car was apart and diagnosed, the estimate was a lot of money. The woman was hysterical and verbally abusive on the phone when given the estimate. So I said bring me $500 cash, we’ll put your car back together, call a tow truck, and get it off my property. She brought the $500 in cash, caused a scene, the car left on the hook.

The registered letter arrived and she was suing me for the $1,000. No surprise there. I offered her $500 to get her to go away. She wanted $1,000. Off to court. I put on my suit and we meet in small claims mediation. It’s unpleasant, as many of you know. I had decided that I was going to give her the $500 back because she was expensive trouble. The thought of it made me nauseous as our shop had done our job. The mediator asked if I was prepared to refund the $500. In that moment I had a brilliant idea. I said “I will do better than that, I’ll make it $1000 but the check must be written to the customer’s favorite charity.”

And so it was.  Months later one of our A+ customers was in dropping his car off. He was a lawyer.  He said WOW what you did was great.  I was perplexed and returned a blank stare.  He said, “you know about the charity check deal with that woman”.  Oh! I said, Thanks!  He said, “sometimes a good story just has a life of it’s own.”

She never got a penny of my shop’s money but some poor kids had clothes and a meal. I had a tax deduction. She has meet her match.