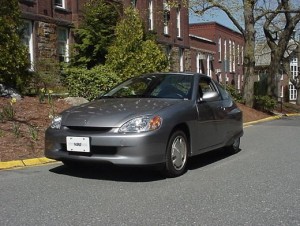 Honda introduced the first modern hybrid to America, but not the world. That honor goes to the Toyota Prius. In December of 1999 a weird little 2 passenger car with fender skirts started showing up at Honda dealerships. That was the last century and a lot has changed since then. Honda has produced many other hybrids like the Accord, Civic, and CRZ but they never took off like the Prius did. Market share was lost and Honda Hybrid owners were not happy. A lawsuit was filed and the owner won. Sales of Honda hybrids slowed as a goggle search was not flattering. Was it the lack of electric drive at slow speeds? High voltage battery packs that set codes and needed expensive replacement? Software updates that lowered your fuel economy but did little else to fix the problems? Dealerships that seemed not to care? Or was it that the Prius was just that good? Then Ford came out with the Fusion HEV in model year (M/Y) 2010 and Hyundai/ Kia the next year. Almost every manufacturer has built a hybrid and some were really good. Has Honda found their way back or were they never there? In April of 2009, another Insight was offered as a 2010 model year. What happened to that hybrid?  It was discontinued in M/Y 2014 due to poor sales.

The newly redesigned Insight has a li-ion battery pack that the earlier Insights did not have. Honda started using lithium in their Civic in M/Y 2012 and the CRZ in M/Y 2013 and battery problems went away. The old nickel metal hydride (NiMH) had many problems as they aged. Lithium has monitor circuits for each cell and that keeps each cell in balance with the others. The “out-of-balance” codes, P1446 and P1447, are gone. The air cooled inverter and DC-DC converter are liquid cooled now so any heating issues with the power electronics are over. The one motor IMA system has been retired for a “Two Motor” CVT of sorts, unique to Honda HEVs. More about his transmission coming up. Check the box for “Interlock” systems installed. More technician safety is always a good thing. Better real world miles per gallon at 45 to 50 MPG. A four cylinder 1.5 liter LIVC (late intake valve closing) gasoline engine puts out 107 horsepower and 99 pound-feet of torque. With two electric motors this new hybrid has a net 151 horsepower and 197 pound-feet or torque.  This is a very good car. Finally Honda got this one right.

About the Author: Craig Van Batenburg