I worked as a motorcycle and car mechanic for years in my teens and twenties and drove a 1959 VW Westfalia Camper Bus named Mrs. Fly. It was a time of great potential for me and the world I knew. Nixon was president but he was not doing well. Some of my friends thought they knew the right direction our country should take. The EPA was just being formed and C.A.F.E. standards didn’t exist. In 1972 I got a good paying job at new Honda dealership and the Civic was coming to the States. I went to Honda school in Cherry Hill, New Jersey for a week. I was nervous as I was not well traveled, growing up in the projects of Worcester, Massachusetts didn’t prepare me for airports and hotels, but I was eager to learn. After taking a shuttle bus form the airport to my hotel I was told the training would happen at the hotel since the Honda training center was not finished. The new Civics were at the dock and someone had to service them and that was me. I was a twenty one year old with a high school diploma, a toolbox and a dream of moving out of poverty. As I showered that morning I wondered what special inside information Honda would have to share with us. I ate breakfast in a beautiful room and headed off to my classroom. After our name tags were attached to our chests, the instructor turned on a slide projector (way before PowerPoint) and proceeded to take 4 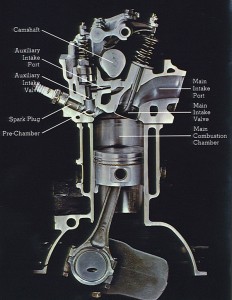 hours to explain to us about the problems with air pollution. This was way before any modern emission control devices were installed, like catalytic convertors, charcoal canisters, and such. I was a very young man, and here is a company telling dozens of automotive technicians that cars were bad. He showed us pictures of smog in Los Angeles, soot coming out of tail pipes and what Honda was going to do about it. I was fully engaged all week as the Honda employee brought us to a new world of less hydrocarbons, carbon monoxide and nitrates of oxygen. Honda had a plan – a new cylinder head for their engine called a compound vortex controlled combustion (or, CVCC). I was now sold. My favorite motorcycle company, Honda, was going to save the planet. Dreams! Hopes! A Japanese company was going to save America. Some might say I was too young to know the realities of big business or politics. They would be right, but I wanted to believe that the air we all breathe and share could be as clean as it was before the internal combustion engine became so popular.

It’s been 43 years since that class. High efficiency and low emission vehicles are more important today than ever. The United States alone has over 250 million registered vehicles consuming 133 billion gallons of gasoline in 2012. China has a similar level of consumption, add in the rest of the globe and we have a massive demand placed upon crucial resources in limited supply. It’s no secret that “energy independence” is a key to avoiding international conflicts – in our opinion, the most obvious way to achieve that is by burning less fuel. Whether you’re more concerned with saving the planet from pollution and wars, or just want to pay less to get to work – our company, ACDC, is dedicated to the cause. I am an old hippy now with a bald head but I still sport long hair. The VW Bus is now a Chevy Volt, but the people at ACDC still buy into that dream of a better planet. The company car is a Nissan Leaf with many hybrids in the parking lot. What a world it could be. 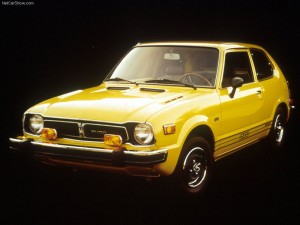