Losing someone … I wrote this in 2008 and looked it up.  It was worth re-reading for me. 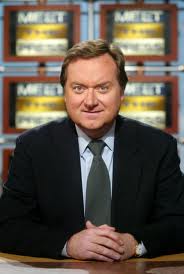 I was driving back from Fort Lauderdale, after filming some ARA University hybrid training videos, to Orlando on June 13, 2008. It was a typical Friday afternoon as I listening to the radio when I heard the news about Tim Russert, the TV political commentator. For years I ended my classes with a slide that talked about the book “Big Russ and Me”. I bought the book as soon as it came out and related to Tim’s relationship to his Dad as did so many others. I thought about my relationship with my Dad and my two sons, Will and Mike, as I read the book. Tim allowed me to understand that those feelings I had for Raymond Van Batenburg, my father, were as valid as anything else I felt. As I drove in disbelief that Tim was dead, I turned off the radio, slowed down, turned on the cruise control and moved to the right hand lane. This feeling I had was all too familiar. Being in my late 50’s I have lost many close friends and relatives. I have lost some bosses and co-workers. I have lost both parents and my wife’s folks as well. Like many of us at this age it is common to hear about our aunts and uncles, the older generation leaving us, but Tim Russert was a shock. I never met him, just watched “Meet the Press” for years after my dad told me to watch it. “Meet the Press” was my political information when I was about six years old. My father and I would watch it together. It was a comforting and familiar feeling watching T V while laying on the couch with Raymond on a Sunday getting to know the people in power. Tim was born in 1950, so was I. Tim’s son, Luke, was born on 1985, so was Will. It was a long ride back to Orlando. I had turned off the radio after I heard the bad news but continued listening an hour later. I am sure Tim would want his listeners to keep listening to the news I told myself. Later that night, I watched the television in my hotel room and felt such a deep sadness as I thought about his dad, Big Russ, who had survived his son. I wondered about Luke, his son, and what he must be going through at this very moment. I couldn’t stop thinking about his wife and how she was holding up. I was grieving for a man and his family that I only knew through a T V screen and couple of books. This emotion was finding a lot of places inside me.

On business trips, when I am alone, events like this one remind me of the price each of us pays when work demands our time. Some days it was employees that made my life busier than I had expected or wanted to be that day. But when we are reminded of our own mortality these inconveniences seem so small, and indeed they are, once a proper perspective is brought into focus. Life can be short.

About the Author: Craig Van Batenburg