The first two months of 2014 I found myself in New Orleans, Grand Rapids (Michigan), Cincinnati and Cleveland (Ohio) and Montreal, and I noticed that when I bring up climate issues and C02 I get fewer bad looks and never an argument. This is a change from 10 years ago when I was asked (actually told) by a mid-western trade association to keep my politics out of my classes. I did try to explain that I did not see science as politics but that fell on deaf ears. I have not taught for that state trade association again. ACDC grew 58% last year so we are fine and I am sure someday that association will hire me again, after some changes on the board. But the point of this month’s blog is things are changing and I am hopeful that the technicians see what a key role they will play as more plug-in cars are sold and less gasoline is consumed. 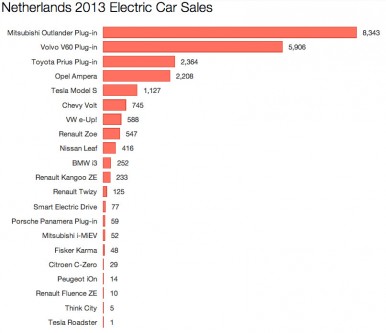 Plug-n Cars are loved by the Dutch

In February a storm shut down the East coast airports and roads. Everything but Amtrak was not moving. As you may know Dorman bought ReInvolt (Dave Taylors’ HV battery rebuilding company) recently. I was called on a Thursday at midday to get to Michigan the next day. No planes or busses and I was not willing to drive the 900 plus miles in a blizzard. A train was leaving Boston in just 2 hours. I knew that was my only option so off I went to the Worcester train station. Just like live theater, the show must go on. The 21 hour trip to Indiana (where I would rent a car) turned into 28 hours and I made it just in time. The return train trip included a sleeper car so it was restful. That train was powered by a diesel electric hybrid system. Did you know it was 1938 when a hybrid train engine entered the market? It is still here as it was a good idea whose time has come. Climate change is here and most everyone I work with knows that. This month I will spend 10 days in the Netherlands teaching at many colleges. Holland is where my grandfather, Oker, was born and raised. It is a special place for me. More about that next month.